Tales of the Lost Volume 2 wins Best Anthology in the Imadjinn Awards!

What is in the water in Adelaide, Australia? This is Adelaide writer Chris Mason’s third Aurealis Award (she also won an Australian Shadows Award along the way!) for a Things In The Well story, so many congratulations to Chris, who only started writing for publication a few years ago! Awarded the Best Horror Novella of 2020, The Saltbush Queen was first published in Outback Horrors Down Under – an Anthology of Antipodean Terrors!

Adelaide writer Matthew R. Davis has been honoured as a nominee in the Shirley Jackson Awards for Best Novelette! A true honour indeed and the third consecutive year for a Things in The Well story to make the shortlists – maybe this will be Matthew’s lucky year to win! Matthew’s story Heritage Hill was first published in Outback Horrors Down Under – an Anthology of Antipodean Terrors!

Awarded for ‘Superior Achievement in Fiction Collection’, Lee Murray’s Grotesque: Monster Stories is a first win in any category at the Bram Stoker Awards for a Things In The Well publication! This is a huge achievement for New Zealand author Lee Murray, and gives increased worldwide exposure for her first collection, and kudos also goes to cover artist Greg Chapman! 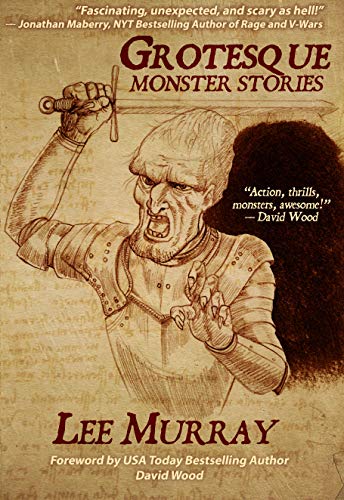 This year there are two Things in the Well publications in the Best Collected Works category: Lee Murray’s Grotesque: Monster stories, and Marty Young’s collection Behind the Midnight Blinds! There are also two anthologies in the Best Edited Works category: Black Dogs, Black Tales: Where the Dogs Don’t Die, edited by Tabatha Wood & Cassie Hart, and Trickster’s Treats 4: Coming, Buried or Not! edited by Louise Zedda-Sampson & Geneve Flynn. Additionally, Vision Thing by Matthew R Davis (from Black Dogs, Black Tales) is a finalist in the Short Fiction category, and Kua Hinga Te Kauri by Dan Rabarts (from Outback Horrors Down Under), is a finalist in the Long Fiction category.

Things in the Well’s Outback Horrors Down Under Edited By Steve Dillon has been nominated for best anthology at the Imadjinn Awards, alongside several others including Tales Of The Lost Volume Two Edited by Steve Dillon and Eugene Johnson. Also in the line-up is Lee Murray’s Grotesque: Monster Stories (Best collection category) and Steve Dillon’s book of poems Last Moments of Bliss and Other Empathies, and a best short story nomination The Last Day by Paul Moore and Gene Johnson from INFECTED 1: Tales to Read at Home. More details here: The Imadjinn Awards – Imaginarium Convention (entertheimaginarium.com)

There are a couple of shortlisted Things in The Well publications in the SJVs this year, in the best short story category we have Synaesthete by Melanie Harding-Shaw (from Black Dogs, Black Tales) and in the best collected work category is Lee Murray’s Grotesque: Monster Stories.

From Christina Sng on Facebook:
“I’m elated that one of my favourite poems “In the End, Only the Gods” has been nominated for the 2020 Rhysling Awards in the Long Poem category! It was published in last year’s Tales Of The Lost Vol. 1, edited by Eugene Johnson & Steve Dillon.”

Steve Dillon’s story Deeper, Darker Things, was shortlisted (nominated) for the Shirley Jackson Award for best novelette of 2019! Despite not winning the award, which would have been unimaginably surreal to have been nominated and shortlisted is exciting news for Things in the Well, and astounding for me as a writer! (Steve)